I have a black hole on the left side of my face near my nose. It’s been there almost my whole life. Years ago, when I went to a dermatologist to remove a small cyst from my earlobe, he looked at my black hole and gasped as though he’d never seen anything so wild and strange on a person’s face. He actually said, I’ve never seen anything like that! And in my mind, I heard the sound of a cash register going cha-ching! He then told me what a shame it was to have something so dark and ugly spoil my look. With faux kindness he took pity on what must be my shattered ego. He assured me he could remove the unsightly blemish and restore my self-esteem. Yeah. Not so much. Self-esteem has never been my problem. He said he saw his mission in life as correcting people’s flaws so they could discover their true selves and be happy. Honestly, he was just a Good Samaritan with a scalpel. Cha-ching!

The thing is, my black hole is my true self. When I told him, I was keeping it as a souvenir of my childhood his eyes crossed, and I thought he might pass out. Maybe he was missing a boat payment. But he didn’t ask me why. He didn’t make the effort to understand what had happened to me that might make that mark on my face important. He wasn’t trying to be my friend or my therapist. We weren’t having a conversation. This was a sales pitch. He was selling me by shaming me and then telling me how he could relieve my shame. He was my savior. Cha-ching!

If he hadn’t been such a jerk, I might have taken him seriously. My black hole is an inconvenience. In my early days of wearing makeup base and now in my sunscreen days, it fills with goo and that looks icky. If he had said, doesn’t your makeup get stuck in there? I might have listened to him. But the idea of being shamed into cosmetic surgery just pissed me off. It was one thing to have the cyst in my earlobe removed. I could feel it when I put on my pierced earrings and it was making them hang crooked. I’m cool with a scar on my face. But we can’t have crooked earrings.

My black hole is a chicken pox scar from the early days of my childhood when my mother was expected to manage three children through what we then called the childhood diseases: measles, mumps and chicken pox, all highly contagious airborne infections that in the 1960s kids were expected to get and survive. In those days the only vaccine we got was for polio, environmental pollution had yet to weaken our immune systems, all the food we ate was homemade, we played outside all day, we got dirty, and we were resilient. I was covered with chicken pox blisters, they itched like crazy and I picked at them until they bled. My mother trimmed my nails and warned me not to scratch. She told me picking scabs would create scars. But I was a kid. The scars on my knees were a badge of honor. They were stories of how I hurt myself and survived, stories of falling down, getting up and moving on. Those are stories I still need to remember. 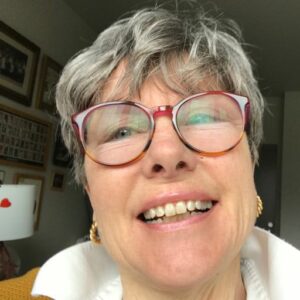 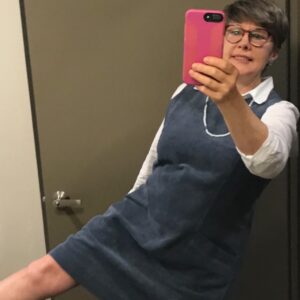 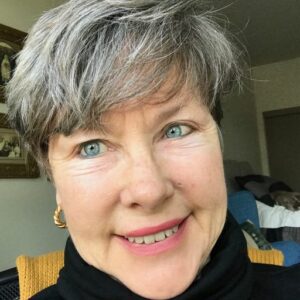 One thought on “My Black Hole”