I visited Amish farms when I was studying agriculture at Cornell University 20 years ago. The course instructors wanted us to look at how the Amish were able to be successful with mid-sized farm operations when the same size conventional farms were going out of business. It turned out that the Amish had a more collaborative community that was committed to mutual aid. They shared resources like equipment, skills, and labor, and organized with their neighbors around large projects like building barns, bringing in the harvest, and getting products to market. As a result, they didn’t have the expenses or the debt of conventional farmers. Sharing gave them a competitive edge. They were more financially secure and less likely to go bankrupt or be forced to sell their farms. Caring for their community by sharing resources made them more economically stable. Sharing is caring.

When I lived in a rural town, an artist bought an old church and turned it into a maker space, a space for people who make things. They organized a group to take charge of gathering the makers, equipment, tools, and supplies, and divided the church basement into sections for sewing and weaving, carpentry and woodworking, making pottery and painting, and electronics and small appliance repair. They set up the church kitchen to teach cooking classes to adults and children, and they hosted a monthly potluck dinner for community members to promote their work. Upstairs in the nave, they used the altar as a stage for meetings and concerts, and twice a year they put the pews around the perimeter of the room and held an indoor flea market for their makers and others in the community. Their Holiday Market became an annual celebration of all the talented people who made the community special and drew a crowd from the whole region. The buying and selling helped to build the local economy, and the church became a gathering place again. Sharing is caring.

When I visited Oaxaca, Mexico, I discovered a jewel of a pocket park made by people in the neighborhood who were disturbed by rubble in an empty lot that had been sitting ugly for too long. Without a formal organization, locals began to build a garden there, training vines up the walls, planting vegetables in wooden produce crates, and a water garden in an old iron bathtub. One wall was hung with old mirrors, another was decorated with a mural, used chairs appeared painted in bright colors, and cascades of squash sprawled to cover the floor with ruffled greenery. Old buckets became flowerpots and tin cans became candleholders, and the garden became a lovely courtyard where people gathered by day and at night by candlelight. A community art project evolved from pride and ingenuity, making a shared pleasure from what had been trash. Sharing is caring.

A friend was concerned that her town’s schools weren’t educating elementary school students about the practical applications of math and science, and she knew many kids didn’t see the relevance of what they were supposed to learn. So, parents organized a monthly event for their children that would be social, entertaining, and educational. They selected professionals from their community to give a presentation about what they learned in math and science and how it helped them do their job. Doctors, home builders, engineers, scientists, bankers, and business owners volunteered to give a one-hour presentation on a weeknight before an audience of parents and kids. The professionals were paired with teachers to help make the connection between real jobs and classroom curriculums. The teach-in was organized in a place where parents could serve a simple dinner of hotdogs and snacks on paper plates. The focus was on getting the kids’ attention and speaking directly to them as future adults. The teach-ins were so well attended that the parents went on to organize weekly group tutoring sessions for kids who were interested. Volunteers shared their time and expertise; the community shared the expense by donating food and the space. And parents and teachers deepened their relationships. Sharing is caring.

When I was farming, I learned about the concept of import replacement. So much of what we buy is made in a far-off place and transported to us on a truck. We wanted to replace those imports and buy local to keep our money working closer to home. A local organization made a comprehensive wallet-sized list of every product and service that was produced in our town. Instead of importing the things on the list, people were asked to purchase the item or service from a local provider, redirecting local purchasing power toward local businesses. The list was a simple tool for sharing information and increasing awareness. Sharing is caring.

Now a Molotov cocktail of bad weather, economic malaise, and political tumult is being thrown at us. Big, complicated, cyclical problems need time to loosen their grip on our households and communities. To cope we need collective action guided by a philosophy of caring. Gather yourselves and engage in conversation about the future and the preparedness of your local community. Keep it simple, be inclusive, and emphasize participation in shared strategies for self-sufficiency. Sharing is caring. 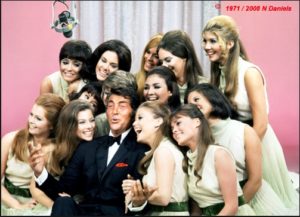 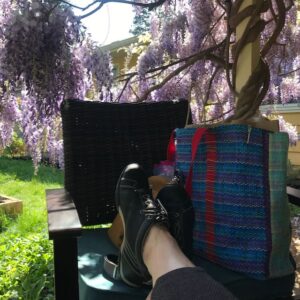 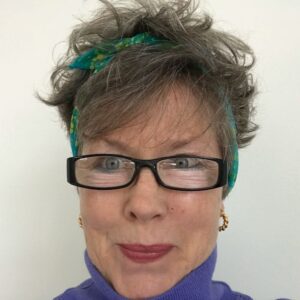 2 thoughts on “Sharing is Caring”