Fifty years ago, when I was 11 or 12, after a big family meal at my grandmother’s table, the women went into the kitchen to clean up and the men went into the basement to play pool. If I could escape my mother, I would sneak into the basement where I could listen to the men, because I knew they said stuff in the basement they would never say upstairs, and I was curious. What I heard was mostly jokes and jabs about tribes, races and women. You might say this was boys being boys. I knew instinctively it was a conversation that would not happen in the presence of their wives. Exhibit A: Segregation

Flash forward 50 years and I’m sitting with loved ones after a family meal enjoying the small talk when a young man describes his experience trying to meet a woman. He said, “She walked in front of me for a few blocks and she looked amazing from the back, so I walked faster to catch up with her. Then she turned to look in a window and I saw her face, and I was like, yuck. God. She was old enough to be my mother. And she had that turtle thing hanging from her neck.” Exhibit B: Objectification

A few weeks ago I was sitting by myself in a coffee shop reading with my dog beside me. A man in a hat with grey sideburns came over to my dog and began to speak very softly to him, petting him and massaging his ears. It went on for a few minutes while I watched. I thought he would look up and say hello, but he didn’t, and I didn’t say anything to him either. Then he walked away with his head down and I never even got a good look at his face. Exhibit C: Depression

Last weekend I was watching the most recent episode of Saturday Night Live and they did a skit called “Louise’s Birthday” where six adults young enough to be the elderly Louise’s children sat around a kitchen table with her and made jokes about her being an old weirdo while she played along by being an old weirdo. It was ok to do that because the skit was making fun of Louise for her age. They could never have gotten away with the same skit if it was making fun of her race or gender. Exhibit D: Ageism

I think the all too common phenomenon of elder women feeling invisible is a symptom of the larger issues of segregation, objectification, depression and ageism. To address invisibility, break it down, shake it off, get help, fight back, and speak up. 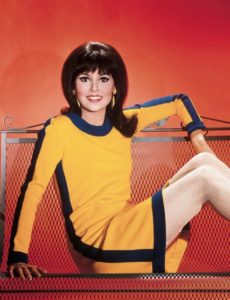 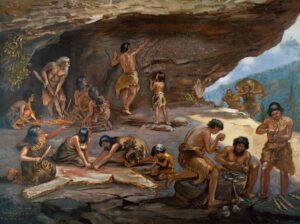 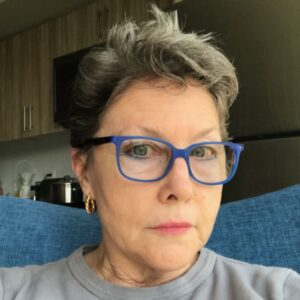