I once went on a date with a spider. I was supposed to be on a date with a man, but the spider was the only thing I could think about. For days. What is a date, really? A brief excursion into future possibilities for life together, a toe dipped in the waters of emotional investment, a test drive of body parts and attention spans, a feast for the communion of souls or a quick trip to Taco Bell. My starting place is a feast for the communion of souls, exfoliating, the little black dress, lipstick that doesn’t smear. If I find myself overdressed at Taco Bell, I’ve learned something. Dating serves as much to teach me about myself as it does to teach me about my date. That spider taught me something.

The guy was my age, a retired Wall Street math wiz, big house, animal lover, wine collector, never married. In the corner of my mind where my stupidity resides, I think a rich man who has never been married must be the fairytale prince who has waited his whole life just for me. What should inspire skepticism sparks a fantasy of perfect timing. Destiny. This thought occurs even though I have been warned about this guy by women at parties, the same parties where I’ve seen him on a few occasions with a few different women. But I project failure onto those women and see myself as a superior match for the man who must have everything. This, of course, is delusional.

We had planned to go on a picnic in his car, so we met in his driveway. In general, I would say men should not wear plaid Bermuda shorts on a first date, but I was willing to make exceptions. When I asked to use his bathroom, he pointed to the back door of the house. “It’s through the kitchen on the left,” he said. “You’ll have to share it with Donna.” I opened the door to a large kitchen with an island and a diningroom and livingroom beyond. Windows all around filled the space with natural light and just as I was about to inventory his possessions there was a skittering movement in my peripheral vision that made me jump. It was a spider on a web that was at eye level, a web that stretched from a stack of frying pans on the stovetop up to the greasy hood extending over the burners, a web the size of a soccer ball dotted with flecks of dead flies, and attended by a furry brown spider of the sort I had seen crawling in my basement. I know something about spiders. They like to pitch their webs in the airflows that carry flying insects. Spiders and mice are a fact of life in the country.

In the bathroom I learned that Donna was a house cat who enjoyed her own private powder room with the litter box in the center of the rug and cat litter scattered to the four corners. The cat box was not clean. But I have had house cats. I put the dirty cat box in the guest bathroom in the same category as the plaid Bermuda shorts. It was a mistake that could be corrected. But a huge brown spider defending a well-established web, strung in the cooking area of the kitchen from the Calphalon to the microwave, obvious and menacing, in a place that, to my way of thinking, would be the busiest place in the kitchen, on the stove, beside the back door, at eye level. That was a sign from the Goddess of Lost Socks. There’s something missing here. What kind of guy has a spider web like that in his kitchen? I decided right then that I was never going to know. 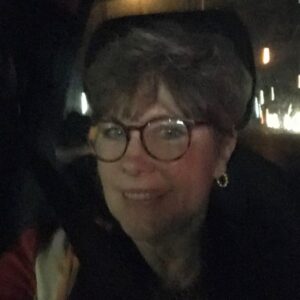 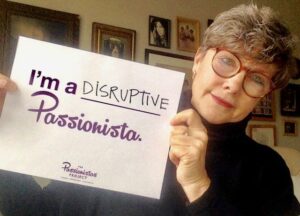 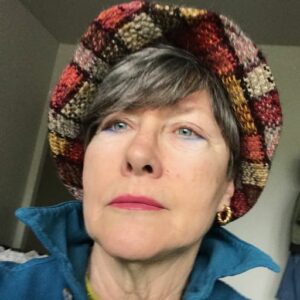 8 thoughts on “My date with a spider”